We’re thrilled to introduce you to our 2022 Cubro Health Heroes – rewarding incredible Kiwi health workers who put in the hard mahi to care for us all.

Tight-knit communities depend on people going the extra mile for one another, and Milton pharmacist Chris London epitomises that generosity of spirit.

Milton is home to around 2000 people and is 50km south of Dunedin, meaning locals depend heavily on their local pharmacy and timely access to medications.

Milton Pharmacy employee Kirsty Osbourne nominated Chris for a Health Hero award, saying he had served his community tirelessly for 22 years and was a fabulous employer who looked after his staff. 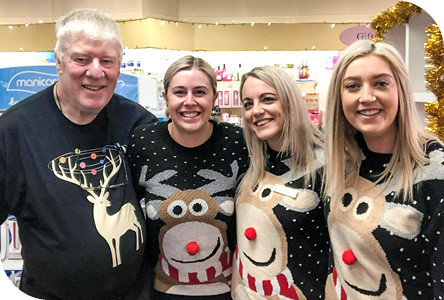 “Chris has always put the Milton community first. He has been a rock for our little town and his huge workload often goes unseen,” Kirsty says. “As a sole pharmacist in a semi-rural location, Chris has shouldered the entire burden all on his own as it is very hard to attract and keep qualified pharmacy staff in our region. Without his dedication, integrity and kindness we would all be at a loss.”

That dedication was put to the test during New Zealand’s initial Covid lockdown in 2020 which forced Chris to close the pharmacy’s doors.

“During the initial Covid outbreaks, Chris personally paid from his own pocket to arrange free delivery of the community’s medications to ensure everybody was kept safe and could have their health needs maintained,” Kirsty explains.

“He also allowed everyone to have an account and pay at a later date which shows a lot of trust and kindness on his behalf. He worked many late nights during this time and does so on a regular basis so that people receive their medicines in a timely manner.”

Chris is humble about his contributions over the past two difficult years. “It was stressful in some ways but then in other ways it was easy because we didn’t have a lot of customers coming in the shop,” he explains. “Because we were doing deliveries, people couldn’t come into the shop to pay or use Eftpos so we let people put things on account. The vast majority paid up almost straightaway and were very good about it.”

Chris is originally from the UK and immigrated to New Zealand in 1995 but found Northland’s climate “too hot and humid” so headed south to Otago. He was initially hired to manage Milton’s pharmacy and 10 years later the owner offered to sell it to him.

In the decade since, he has provided valuable employment opportunities and worked hard to attract staff to Milton. He’s even gone as far as to help pay for his pharmacy technicians to undertake their qualifications by correspondence. “It takes two or three years to complete the course through the Open Polytechnic,” he says. “I’ve been paying for them to do the course with the expectation that they’ll stay on afterwards. Which they all have so far!”

Chris’ generosity also extends to his customers. Because Milton is an independent pharmacy, Chris doesn’t have access to extra freebies or deals that larger chain-stores can provide. “Sometimes we do special offers like a raffle prize for Mother’s Day or something of that sort. Occasionally we get reps to give us free stuff to do that sort of thing but most of it comes out of normal stock so effectively we’re giving it away. It keeps our customers happy and makes them feel good.”

Outside of work, Chris likes to do a bit of gardening and is “quite keen on DIY” although he rarely gets home before 6:30pm each night so there’s not much spare time for hobbies or relaxation. 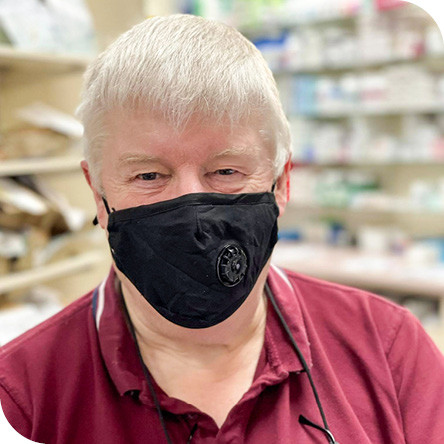 He thoroughly enjoys living in a small community where he knows everybody and vice versa. “When you work in a big city you won’t often see the same customer twice. Most of our customers are regulars who come in all the time which I really enjoy.”

Chris is delighted to win a Health Hero award for 2022 and says it was a complete surprise as he had no idea Kirsty had even nominated him.

Sadly Chris lost his precious wife, Carole, last year to a sudden illness. “Not only did he go through the worst possible emotional trauma, he still continued to keep our community safe,” Kirsty says. “He is a champion and deserves to be acknowledged for the amazing person that he is.”

Thanks for your enquiry. So that we can help you faster,
please let us know who you are:

Are you a current Cubro customer working in an Aged Care facility; Public or private hospital;
Or an Occupational Therapist or Physiotherapist?

If so, please click the button below and use your login to sign in.
If you don’t have a login, please complete the sign up form and we’ll set one up for you.

Are you looking to purchase some equipment for yourself or a family member?

If so, you can contact your nearest Cubro retail partner to purchase our equipment solutions through their stores. Click the button below to find a retail partner near you

Find a Cubro stockist near you

If you need help, please get in touch and we will point you in the right direction.

Your session is busy

You currently have items in a draft quote for this facility. Once you have finished your current quote, change facility and you will be able to start a new quote.

Want to see more? Our resources section is exclusively available to Cubro customers. If you are an existing or new customer, please create a login so you can enjoy browsing our helpful resources.